Pin this on Pinterest
(0)
Word and Context in Latin Poetry : Studies in Memory of David West (Cambridge Classical Journal Supplements)
by A. J. Woodman, J. Wisse

In Stock with our New/Used Market Vendor. Allow up to 30 days for delivery. Tracking is not available for this item.

FREE Shipping is not available for this item.help 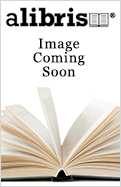 
More About Word and Context in Latin Poetry by A. J. Woodman, J. Wisse
Overview


This item is fulfilled by our new and used marketplace. For more information, view our glossary of terms and abbreviations.
Details